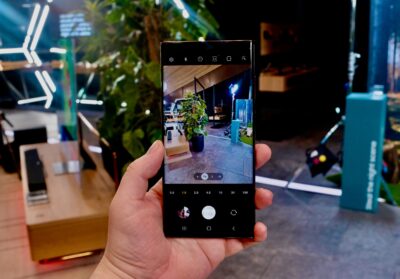 When you are reviewing any mobile device, you need to look at the brand and its features objectively in order to make a reasonable buying decision. One of the new forms of mobile technology on the market today, the OPPO Find 7, is well-noted for its exceptionally high-resolution screen and the powerful chip. An added bonus is the picture mode on the device, which is the ultra-high definition as well.

The Phone Uses More Battery Power than Other Similar Technology

While the OPPO find 7 is indeed a cool mobile technology, especially when you view its screen, its design is comparable to its competitors. The basic design for this featured OPPO phone is not as “standout” as, say, some of the features on other OPPO phones. For example, the OPPO N1 mini mobile’s design is enhanced with such features as a swivel camera. Also, because of the high-resolution screen, the mobile device can take more of a hit with respect to battery usage.

When rating the phone, most users believe the OPPO Find 7 remains very competitive with other brand phones, given its impressive specs. Consumers who bought and used the phone gave the mobile device overall ratings of 8.0, 7.0, and 7.0 for design, features, and performance, in that order. The overall rating for the phone then was around 7.3.

The design and specs of the mobile device are not cast from a unique mold as the phone can be compared to similar mobile devices, such as the LG or Samsung technologies. However, button placements can differ, as can speakers and camera location.

Features Unique to the Phone’s Design

In this case, the camera is on the back of the phone as are the speakers. The texturized plastic back of the phone provides the user with more of a grip while the metallic type bandings around the edge of the Find 7 lend some design impact.

The display of this OPPO phone is 5.5 inches across and is described as “Quad HD” – all of which lead to a definition that is brilliant and beautiful – a phone that can be used outdoors in the bright sunlight. The display crams 538 pixels in each inch of its small yet colorful and vibrant display. The display is indeed the highlight of the Find 7 as the technology utilizes even more pixels on its HD screen than Apple does in its “retina” displays.

Because the Find 7 does offer a little bit larger display, it may cause some users some discomfort when typing. Some tech users recommend typing with both thumbs. Touch-sensitive buttons are situated on the phone below the screen display too. The technology utilizes an old-type Android menu button rather than a button that is designed for multitasking activities.

The Find 7 features physical keys as well rather than on-screen keys, which may be a good or bad thing, depending on your preferences. Internally, the technology is powered by a 2.5GHz processor and 3GB of RAM. In order to use the microSD card for the phone, you must remove the battery beneath the cover.

How to wash baby clothes is good and right