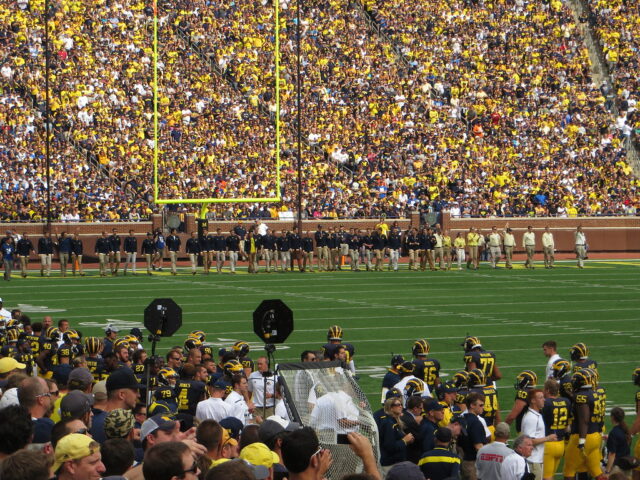 In Big-Time Sports in American Universities, a new book out from Cambridge University Press, Charles T. Clotfelter examines what some describe as the outsize role athletics plays on many American campuses. Below, the Duke University professor of public policy, economics, and law answer a few of our questions about his work.

You’ve written about school desegregation, the growth of state lotteries, and the rising price of college. What about college sports attracted your attention?

Like a lot of Americans, I have been a fan of college sports from early on, so it was second nature to me that people might get very invested in the fortunes of college teams. What I did not expect, before I took my first faculty position, was that college sports would be a subject of such intense interest among otherwise serious and studious professors. I began to realize the powerful hold that big-time college sports has on people, and universities is one of those “ever-present but overlooked” aspects of life that social scientists are taught to look out for.

What were the main questions your book attempted to answer?

I address two questions. The first is the naïve question you might imagine being asked by an educated visitor from abroad, whose experience with universities did not include a commercial sports enterprise: “What is this stadium doing here?” That is, what role do commercial sports play in American universities? The second question is a natural one for economists: What are the costs and benefits? Although it’s not feasible to answer this second question in quantitative terms, I believe it’s useful to think in these terms and to answer the question not only at the level of the university but also for society at large.

What surprised you the most?

First, how fundamental the commercial sports enterprise is to the universities that do this. Many American universities, among them some of our most famous, get along very nicely without big-time sports. But for those that have it, big-time sports is not some optional add-on that could be easily jettisoned or down-graded. Although these universities seldom mention sports in their published mission statements, this enterprise takes on the look and feel of a core mission.

The second surprise was that big-time sports is not the unmitigated evil I perhaps expected it would turn out to be when I started my research. There are costs, to be sure–measured in terms of dollars and compromised values. But there are benefits as well, some of the most important of which spill over beyond the campus walls. Not only does big-time college sports produce happiness, it also acts as a virtuous example of interracial tolerance and cooperation.

You examined students at universities with and without big-time sports. What were your main findings?

One of the most interesting comparisons used a survey of students at eight highly selective, private research universities, half of which have big-time football and basketball and half of which have neither. Compared to the students at the universities with neither, those at big-time sports universities spent less time, on average, in class and less time studying outside of class, but more time in organized extra-curricular activities. They were also more likely to engage in binge drinking. (These differences were not caused by, but certainly were associated with, having a university with big-time sports.)

Looking at students at public and private universities, I found that those attending big-time sports universities were more likely to say they would attend their university again if they had it to do over again, but they were not, on the whole, more consistently satisfied with the quality of their collegiate experience.

On the whole, did you walk away feeling like colleges are better or worse for their infatuation with big-time sports?

Evidently, the costs associated with running a big-time sports program are not so great that they overwhelm the benefits, at least using these measures. But there are intangible costs associated with big-time sports that universities do pay, among them a kind of collective insincerity when they pretend that commercial sports are not important to them.