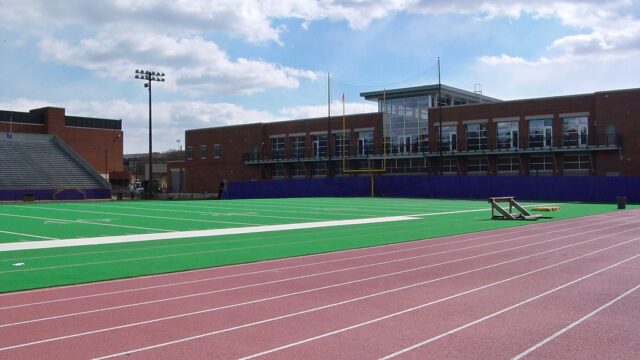 If I ever wanted to educate a person who knew nothing at all about big-time sports in American universities (and there are plenty of them out there, namely 6.86 billion non-Americans on the globe, and maybe a stray Martian or two), I would start them off with Charles Clotfelter’s book, Big-Time Sports in American Universities.

And, best of all, in addition to Clotfelter’s sage comments, the book is replete with charts and tables of proprietary new research findings wherein he methodically demonstrates correlations, relationships, and causations that sagely plot big-time sports, universities, conferences, bowls, administrators, alumni, boosters, and media into a series of comprehensible concepts and conclusions that even a stray Martian would understand.

And further, I recommend this book even to persons who are currently in the business of college athletics. Even those who have read many books about college athletics would get a refreshingly different outlook from Clotfelter’s tome. Savvy (and open-minded) college sports veterans – like athletics administrators, coaches, conference people, bowl people, and boosters – would all do better to gain an understanding of the relatively unsung accolades of college sports, as well as the impending issues that could gag the golden goose.

Not only does author Charles Clotfelter “get it,’ but he also succeeds in communicating his non-partisan perspective in a logical linear sequence, and he does so in an entertaining fashion. Clotfelter is a 30-plus-year economics professor at Duke University, and he is uncommonly engaged and an expert at digging deep for the research that makes this book shine.

But first, a definition of terms, specifically what Clotfelter means when he uses the term “big-time college sports.” Early on in the book, he draws a line in the sand identifying the top 100 programs (measured by their athletics expenses) as being “big-time college sports.” We all know who is at the top two-thirds of that list, but here’s how deep the top 100 go. One-hundredth is Marshall University ($20.0 million in fiscal year 2009), No. 99 is Boise State ($20.5), No. 98 is Tulane ($20.8) and No. 97 is Western Kentucky ($21.0), and so on.

Clotfelter makes it clear that his book is properly limited in scope, and it does not cover the sports programs at the thousands of other D1, D2, D3, NAIA, and juco schools. And why not? The focus of attention is most definitely on the big programs, especially the media attention, the commercialism, the impact on universities, the scandals, and academics.

I had an enjoyable phone interview with Clotfelter in late February. I had gotten my hands on an “advance reading copy” of his book – sort of a first draft – and the text was pretty complete, but it only had about two-thirds of what I think will end up being 40-50 charts and tables in the final print version. Also, I counted 161 reference sources listed in the back of the book. As I said, this is an extremely well-researched work.

I had read the book and made copious notes about what I wanted to ask him, but after the first two or three questions, I realized that it would be better to just listen to Clotfelter as he went where he wanted to, and then ask to clarify or follow up questions.

After giving me a little of his background – born in Birmingham, an undergrad at Duke, MA, and Ph.D. from Harvard, taught five years at U-Maryland, started at Duke in 1979, has been there ever since – Clotfelter described one of the several different types of research he conducted for the book.

In order to make the point that universities ought not to ignore the obvious impact that college sports have, he looked through the published mission statements of 52 big-time sports universities to see how many of them mentioned college athletics. Only five – Wake Forest, UVA, USC, Ohio State, and Nebraska – specifically mentioned college sports as part of their overall mission statement.

Clotfelter went on to explain that the other 47 universities were missing out on an opportunity to position sports in their actual place as part of the university. It was (and is) almost as though universities are in denial regarding their big sports programs.

Segueing into the place of big-time sports in universities, Clotfelter pointed out that athletics departments typically make up about 5% of total university budgets. He proceeded to chide some faculty and administrators who deny that athletics is an important function of the university as a whole.

For example, even though athletics are only about 5% of budgets, his research showed that a whopping 87% of newspaper articles were about athletics.

Both in the book and during the interview, Clotfelter related his bafflement that universities seem to artificially ignore or distance themselves from big-time sports that take place right under their noses. He mentioned that there have been many great books about large American universities, and they don’t even mention the athletics programs.

Clotfelter gave due diligence to the near-suffocating impact of huge money associated with big-time sports (huge coach salaries, arms race bricks, and mortar, massive conference distributions, etc.), and he proffered that big-time sports have become undeniably a commercial enterprise. And that perception is generally not a good one to have within what is supposedly an amateur venture.

Big-time college sports’ commercial coloration is distinctly out of step with the research-teaching-service missions of universities, but Clotfelter points out that there are unheralded benefits that are being largely ignored. One is the enjoyment factor that sports bring, and the other is the interracial cooperation that is such a big part of sports.

And lastly, Clotfelter’s writing style is enjoyable, comprehensible, and funny too. Here are two examples:

[Expressing bewilderment that college sports are not generally considered within the core mission of universities] … “More to the point, what explains the reluctance of universities to acknowledge the prominent role of big-time sports in the daily operation of their institutions? Do academic leaders view big-time sports as an embarrassment like the dissolute, ne’er-do-well cousin consigned to the corner when society calls?”

[Commenting on the brand-specific appeal of big-time college sports] … “Like wild blackberries, this institution-specific devotion is out there, firmly rooted, ready for the picking. It was there before the current university leadership arrived, and it will be there after they leave office. It is a hearty perennial, requiring little maintenance. Each university with a history of competitive play can call upon this crop of fan devotion.”

All in all, a hearty double thumbs up to Charles Clotfelter for an eye-opening, well-researched, and well-written book. Bravo. – Nick Infante, College Athletic Clips