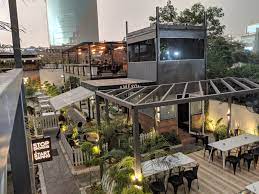 People are always trying to maintain the sacredness of long-standing beliefs, traditions, or institutions. However, as members of the media, it is important to speak the truth regardless of how upsetting it may be for the public. Football is no exception, and the suspension of Jameis Winston for the first three games of the season due to sexual assault charges, it raises a lot of issues. Now, it is no secret that the NFL has had major issues in the past decade involving sexual assault cases. From the 2014 Ray Rice scandal that rocked the entire league to the Ezekiel Elliot scandal last year that lead to him missing crucial games in the regular season.

This leads me to the Winston situation, which is quite frankly another golden example of how the NFL incompetently deals with these situations. The suspension was for all intents and purposes a compromise settled between the NFL and Winston’s Camp. Essentially, Winston was asked to both openly apologize for the incident and agree not to appeal the suspension. In return, the NFL has a lighter suspension by only having Winston sit out three games.

Winston agreed to the terms, putting out an open apology stating: “First and foremost, I would like to say I’m sorry to the Uber driver for the position I put you in.” He also stated that he would not appeal the decision, which would avoid a major “distraction” that would both plague the NFL and the QB’s reputation.

Yet, this is not justice and is, instead, simply a way to maintain damage control by the NFL to protect one of their young stars. Even if he is truly innocent, then he is losing three pivotal games against the Saints, Steelers, and the Eagles. Despite the ability of back-up Ryan Fitzpatrick (2-1 as a starter last year), it is clear that the Bucs would prefer having Winston under center. It gives them both the best chance to win and helps his development as a player. This is ignoring his past issues with women (being accused of sexual assault at Florida State) and the investigation made by the NFL.

If the accusations are true, a public apology by Winston to the Uber Driver is not justice and his “punishment” is essentially a slap on the wrist compared to the actual punishment he deserves. The real crime of this whole situation is that the public will never get a definitive answer to this question. With the NFL playing judge, jury and executioner on all issues, the situation is devoid of any real justice. Instead, it boils down to an organization protecting one of its major assets from the possibility of being handed serious consequences.

And the one thing that no one can question is Winston’s ability to throw the football. In his first three seasons, Winston was able to accumulate 11,636 passing yards with 63 touchdowns. To put that in perspective, only Andrew Luck and Peyton Manning have better numbers in their first three seasons. It is quite possible that Jameis could one day be a major marketable piece for the NFL. Therefore, it makes sense that Goodell and his office are protecting him- but this decision is worse off for the League. It simply reinforces the idea that the NFL has a multitude of players that take advantage of women and are faced with minimal consequences.

If the League is serious about changing this image, then it has to stop defending players like Jameis and must allow the US criminal justice system to do its job. If Jameis is innocent, then thanks to all the resources he has, there should be no issues in finding him not guilty. However, if he is guilty of the crime, then the league should not associate itself with players that commit these offenses regardless of their talent level.

To be clear, I am not here to defend Winston or claim he is guilty. All I am saying is that there needs to be a proper trial in cases like this so that all parties involved receive proper justice. Athletes like Russell Wilson, LeBron James, and Tom Brady all demonstrate how both being a professional athlete, and being a genuinely good human being, are not mutually exclusive. One can be extremely talented on the field and still have a positive influence by giving back to the community off the field.

There is absolutely no excuse for organizations to protect these players if found guilty of a significant crime. Yet, knowing the National Football League, they will likely continue protecting their athletes until the fans and media demand a change of the entire system.